This is my lawn: 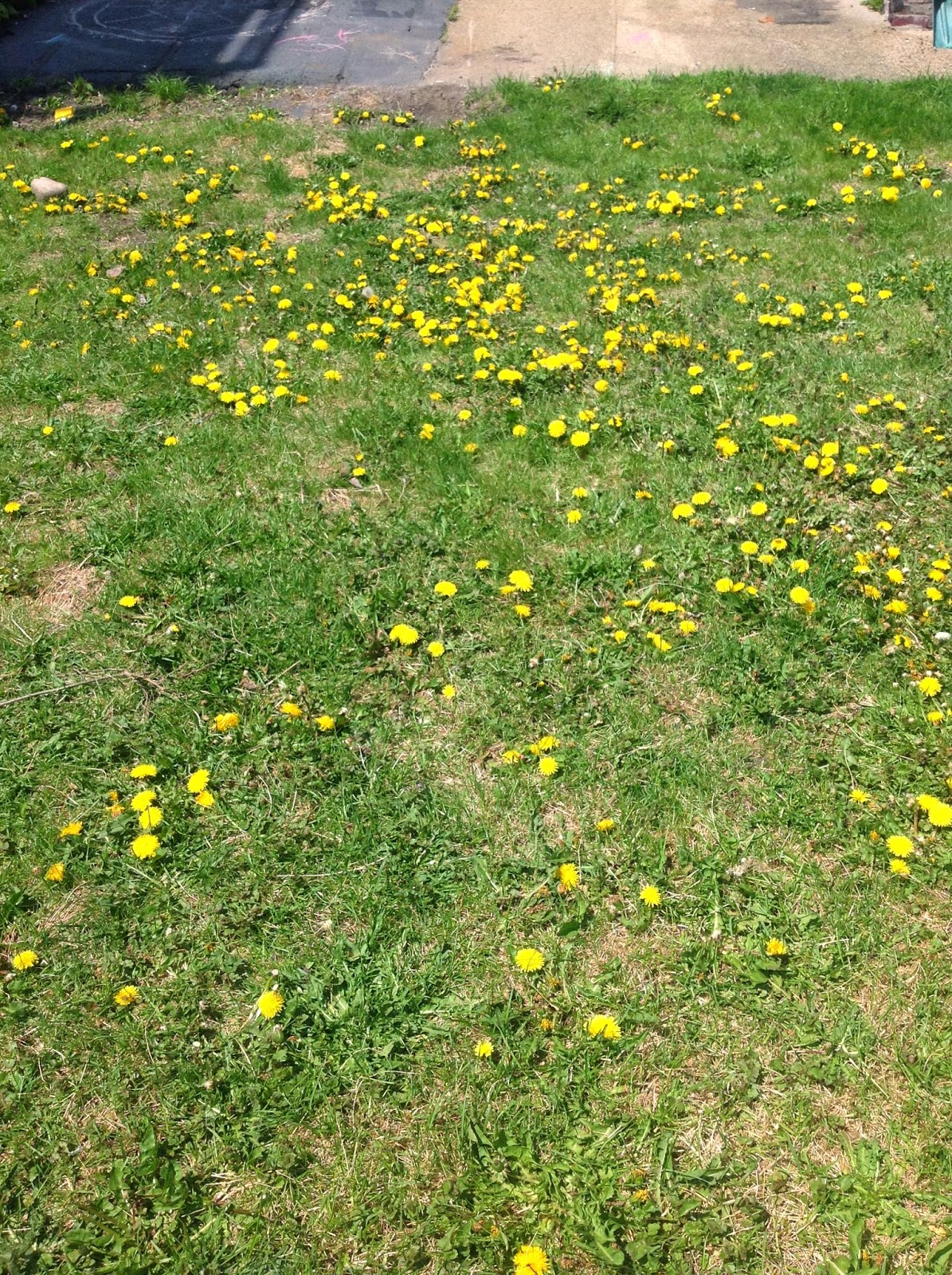 It's really more dandelions than actual grass.
I spent an hour and half weeding dandelions one Saturday afternoon.  I kept getting the distinct feeling that they were laughing at me.  Scott spent his time pulling up a purple flowered vine.

"I keep getting the image from some 80s horror flick, of some monster that only laughs and grows more when you cut it?  You know what I mean?"  I said to Scott about half way through the afternoon.
"You know those lawns that are like carpet?  I want ours to be like that," I said, hopefully.
"I think we're a long way off from that," Scott replied.  Ever the realist.

A friend of mine who had some delightfully crunchy ways came over, she looked at our lawn,
"Oh, you can make dandelion jelly!"
"What?  Because I was literally thinking, 'stink I wish these things were useful, because we have so many of them," I know that they are edible, but I assumed that was really only in case of emergency.
She then proceeded to tell me about dandelion jelly and walk about my yard pointing out all the edible plants I have growing back there. She did confirm that the dandelions were indeed laughing at me.
"Their roots go down a couple of feet, you know," I didn't, but I certainly had my suspicions.
I thought this dandelion jelly thing might be just the thing to join 'em and not fight 'em.  My daughter picks me piles of dandelions.  She loves them.  I Googled it, and it seems that dandelion jelly is a legitimate thing.  So the next afternoon I enlisted the help of my four year old.  The first recipe I found called for 4 cups of dandelion petals. 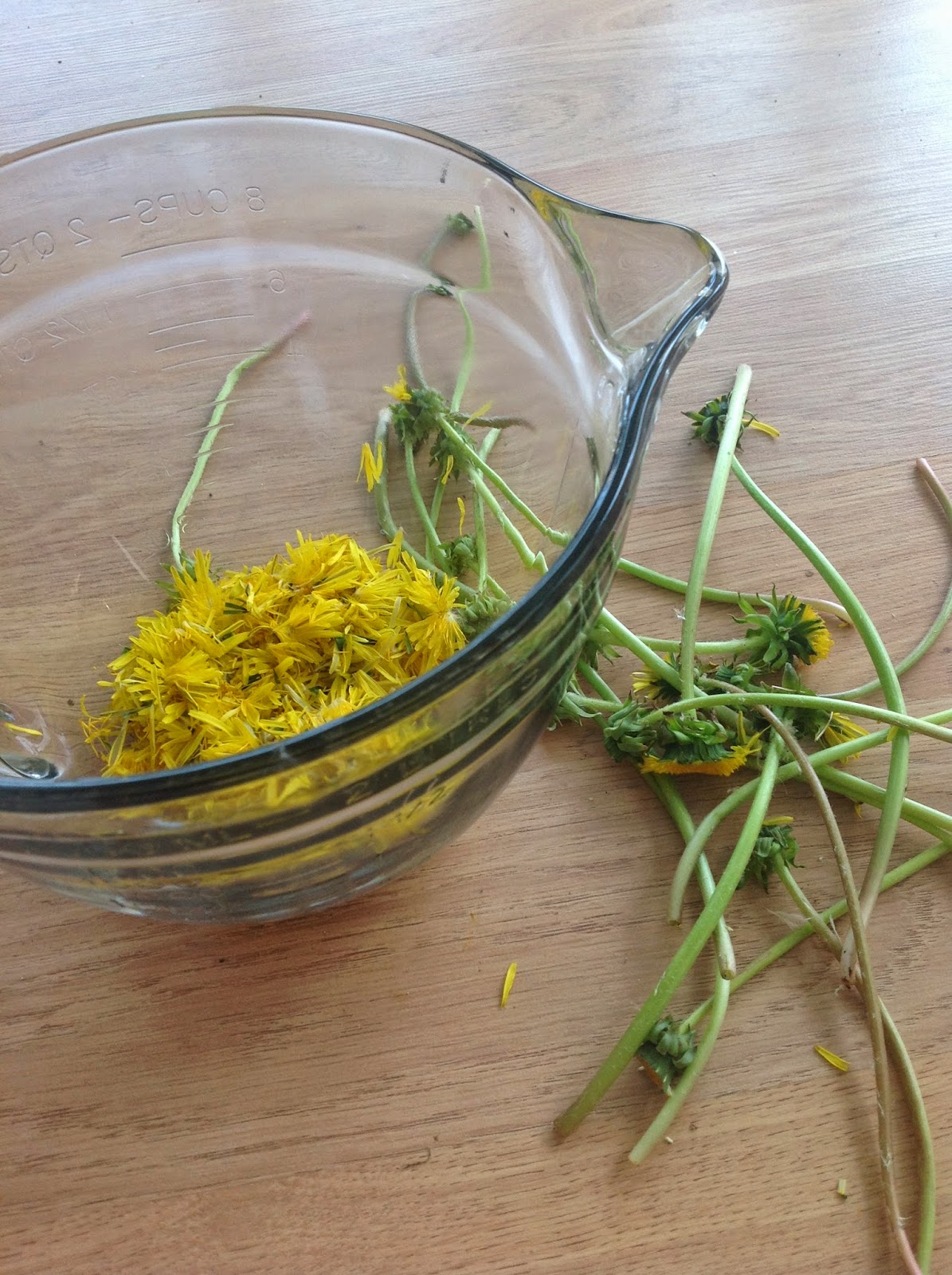 My daughter picked her  first bouquet for me.  I pointed out the spot on the measuring cup that we needed to fill,
"Do you think this will fill up to here?" I asked.
Lara, she's only four.
I know that's why I asked, instead of just raining on her parade.

Well, this is what I had after the first batch.
I kept sending her out to the yard for more.

Soon she tired of picking and I ended up just sitting on the grass and picking the flowers from around me.

Funny how when I don't care she brings me piles of them, but the second I want her to do it she's not interested...
I kinda knew that would happen.
Call it mom intuition. 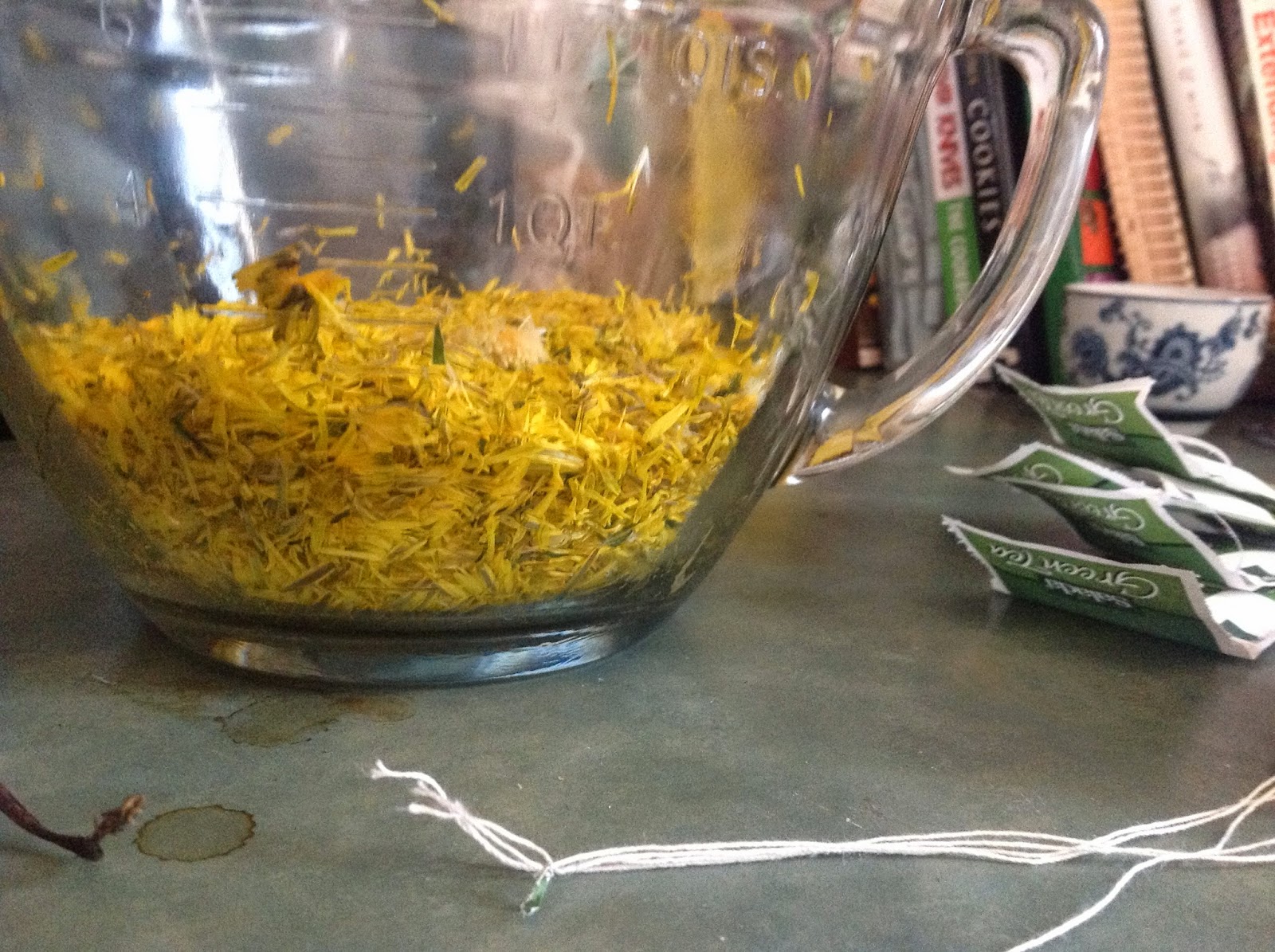 I decided to find a new recipe that only called for 2 cups of petals.  I found it.

The next step is to make a 'tea' out of the petals.

Add boiling water, let it sit for a day and then strain. 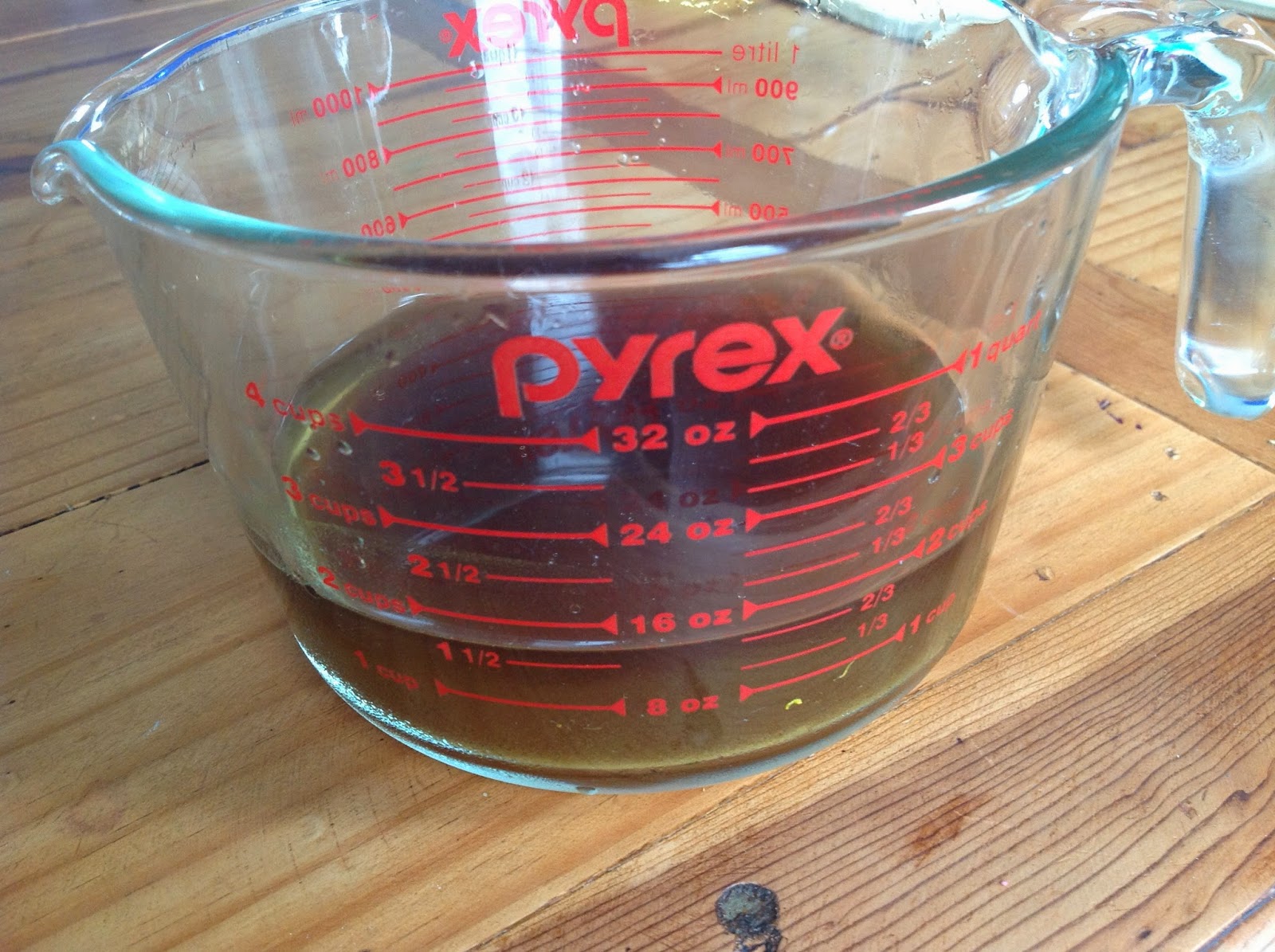 You should have two cups of tea.

I had one and three quarter cups.  That was after straining it with cheesecloth.
One recipe said you could just add a bit more water.  So I did.

I didn't have pectin on hand so I put the tea in the fridge and waited until I went grocery shopping again.

I didn't pay attention and grabbed powdered pectin, rather than liquid pectin.  Largely because of the price.  The whole point of this is to create super cost effective good food, right?  If I am making jelly out of plants in my backyard I kinda want this whole project to be on the cheap.  I realized that the recipe I decided on asked for liquid.  I plowed right on ahead.  Adding sugar and boiling away. 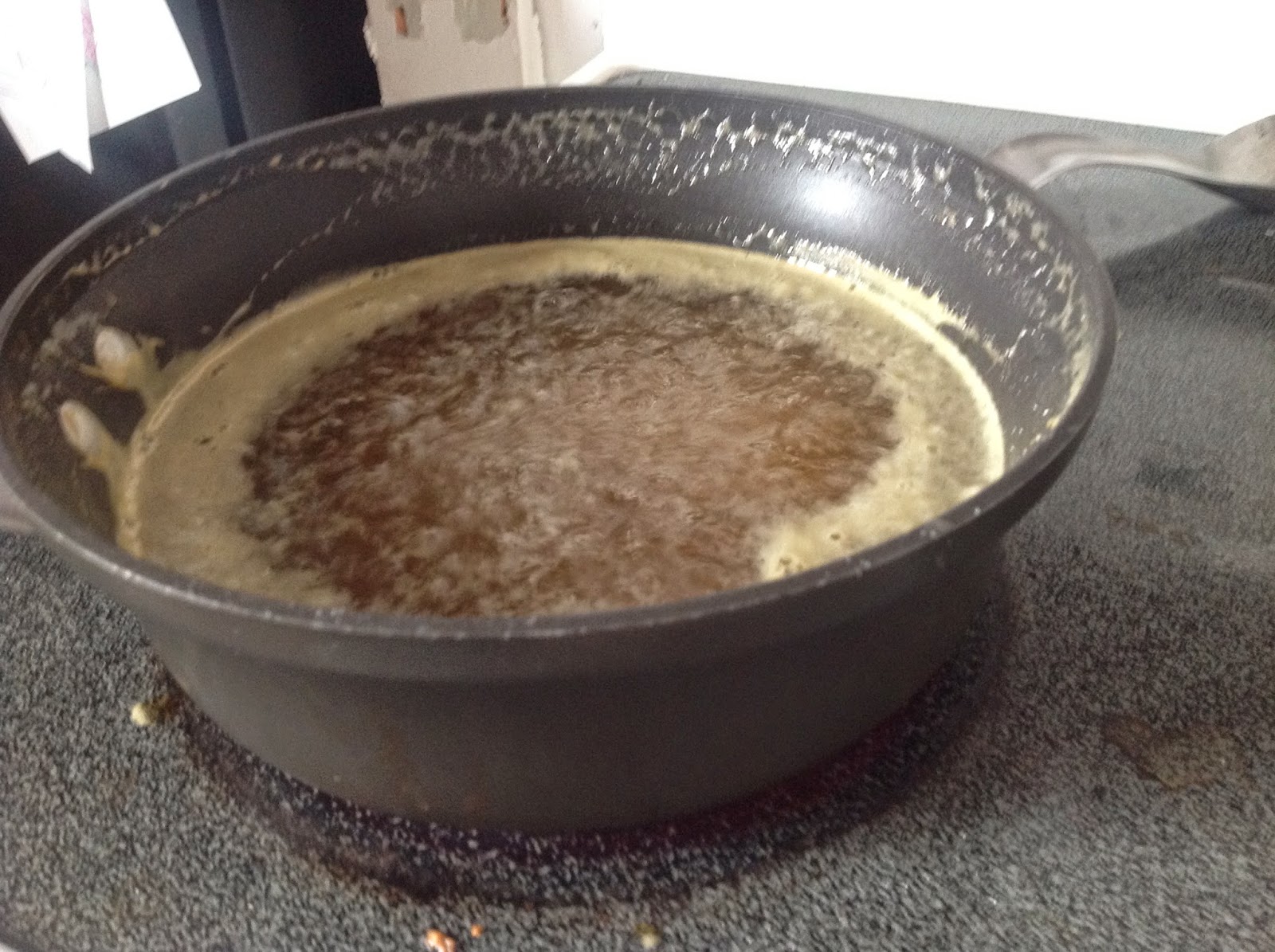 I didn't look closely enough and added the amount of lemon juice from the first recipe to the second recipe.
One quarter cup, as opposed to two tablespoons.
Oops.

I usually make jam, and have chunks of fruit to work with, I know what jam looks like when it is done and how it acts.  I am not sure how jelly works.  So when I followed the directions to only boil for a minute or two I shrugged and thought, 'maybe it's supposed to be liquidy.  Maybe it will firm up when it cools, right....?'
Well... 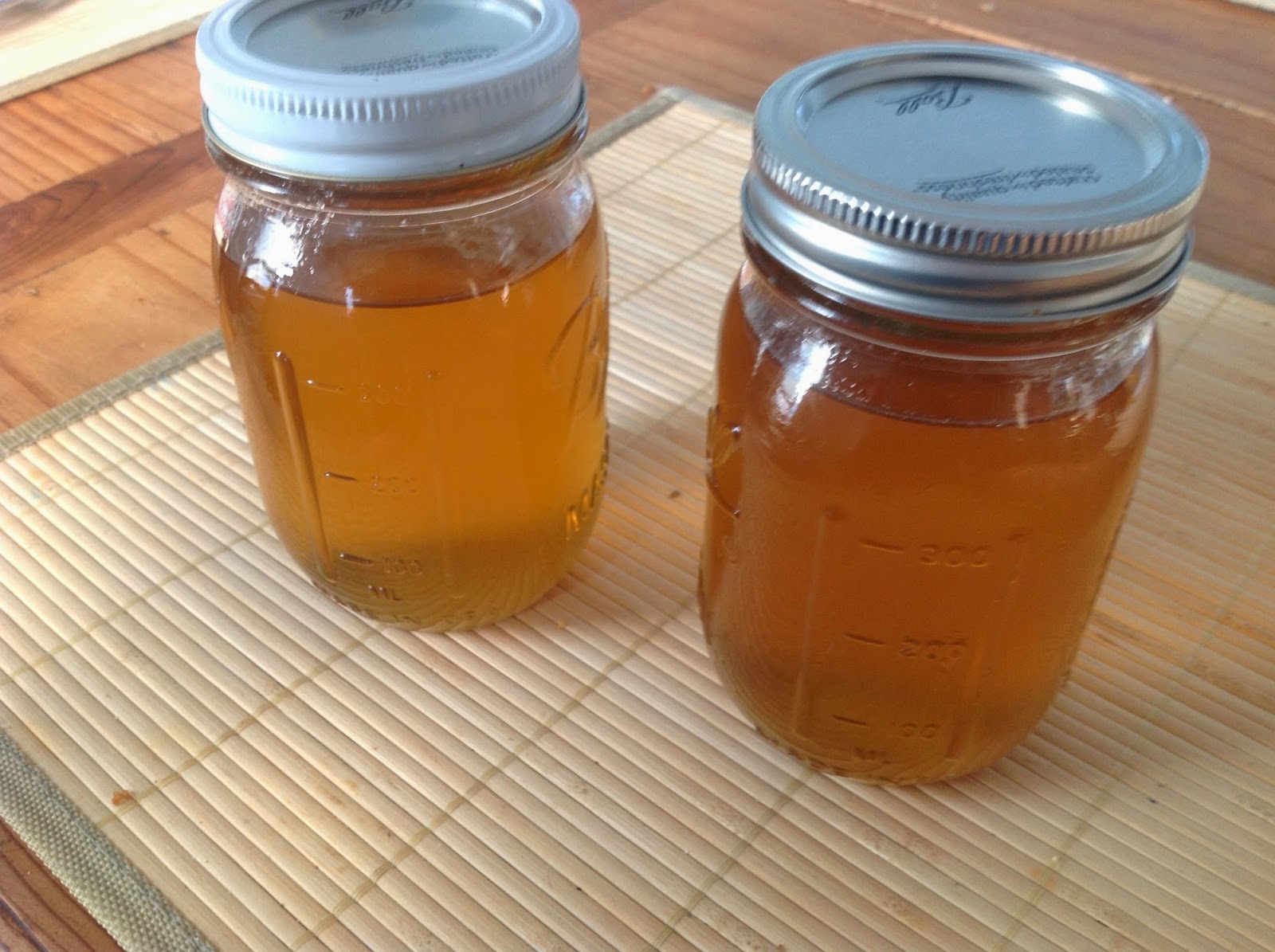 Here is my dandelion syrup.  Looks great, doesn't it?  Lovely honey color.  Tastes good, like honey.  My kids love it.  But it is decidedly not the texture of jelly.  Scott thinks I didn't even achieve syrup.  Dandelion water?
I know we all live in fear of 'not jelling'.  I have watched both of my mother's poke at some jam hoping it worked.  There seems to be a bit of superstition surrounding the ability to make good jam.  Maybe I added too much lemon juice?  Maybe not enough sugar?  Maybe I should've boiled the tar out of it.
Any jelly experts want to weigh in?
Posted by Lara Davis Barnett at 6:57 PM